- February 02, 2015
At ceremonies and pilgrimages, through newspaper accounts and private reflection, people around the world observed the 70th anniversary of the liberation of Auschwitz last week.  It has become a touchstone date, a moment for remembrance, a call to witness.

Perhaps the ghosts of the Holocaust were with us as well.  In a locked room at Auschwitz in which an the Italian television crew and Jewish leaders found themselves trapped. Amidst silence and candlelight at vigils across the globe.  And in André Singers' film "Night Will Fall," which aired around the world on January 27th.

Night Will Fall is a film about witnessing.  About survival amidst death. About the ways to tell a story, the impact of the visual, the politics of evidence.  About the power of solid historical research to deepen our understanding of both the past and the horizons and the limits of our humanity.  It is a difficult and necessary film.


There's been much ado about the documentary, and for good reason.  It introduces most viewers to historical newsreel footage of the Allied liberation of Nazi concentration camps that British filmmaker Sidney Bernstein used to create the film "German Concentration Camps Factual Survey."  Bernstein's film was never completed, the project ultimately axed because the US Army withdrew its footage due to fears of alienating Germans at a critical point in the early Cold War.

Some of the US footage was used by Billy Wilder, an Austrian Jew and Hollywood director , members of whose immediate family were killed in the Holocaust.  Wilder produced "Death Mills" for the U.S. Department of War.  Its purpose was perhaps best expressed by the intro for US audiences to the English language version of the short film, which played in German in cities and towns across occupied Germany and Austria to showcase Nazi atrocities.  "It is a reminder that behind the curtain of Nazi pageants and parades, millions of men, women and children were tortured to death -- the worst mass murder in human history." The Bernstein film that was never made, (until recently under guidance of the Imperial War Museums staff,) was a subtler, more evocative exposé. 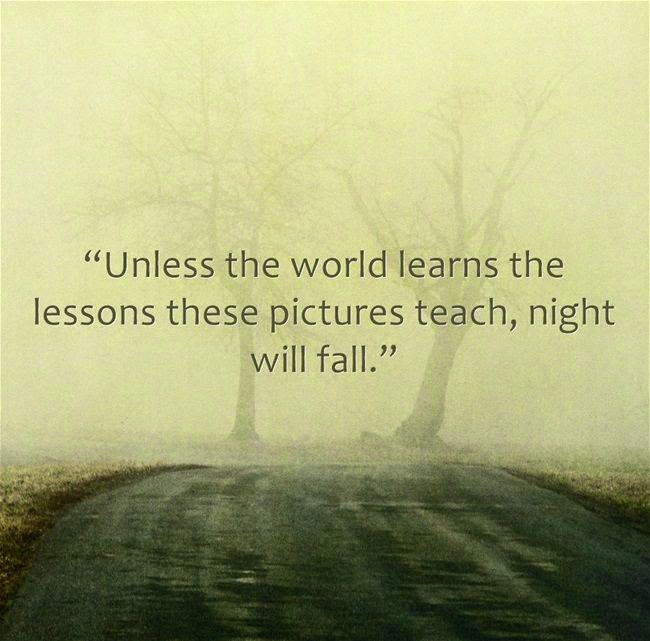 Singer's film is important for several reasons.  It educates viewers about the mechanics of filmmaking by showing how Bernstein and Alfred Hitchcock, who advised on the project, endeavored to create a documentary that would destroy any doubt or naysaying regarding the atrocities liberators witnessed in the camps. As Bernstein explained, "my instructions were to film everything which would prove one day that this actually happened." Slow, wide panning shots.  Images with German dignitaries viewing the scenes of murder and dehumanization.  Footage of German and Polish civilians forced to walk through the camps, to witness the dead -- creating evidence of them seeing the evidence of extermination at their doorsteps.

The film also offers a strikingly complex and layered meditation on representation.  For me, this is what makes it so powerful.  It is what made me watch it in one sitting despite the challenging material and the lure of the "pause" button, what left me quiet, melancholy and thoughtful for days afterwards.  Its exploration of representation makes it one of the most interesting teaching tools for public history and memory that I have come across in a long time.

It takes everything that has become static about representations of the Holocaust and it introduces movement, friction, breath.  Singer tracks down survivors who had been portrayed in iconic images of liberation.  Through sensitive and exacting storytelling, the film introduces us to voices and stories behind the haunting pictures of Dr. Mengele's Twins.  It allows us to hear firsthand the memories of concentration camp inmates who were photographed through barbed wire.  No longer are they iconic, one-dimensional representations of the Holocaust; in the film, they speak for themselves.

It showcases resilience.  In the oral histories with survivors and in the original footage itself, the film animates and celebrates survival and resilience even as it memorializes and honors those who were murdered.  While many of us have seen the tearful greetings concentration camp inmates offer to Allied soldiers, "Night Will Fall" offers us rare evidence of early steps towards rebuilding in the months following liberation.  Trying on clothes and shoes.  Looking after children.  Picnics.

It allows us to think about memory and event.  From those who shot the footage to those who were filmed and photographed to those who worked in the cutting room, Singer's research and examination of the dialogue between past and present is an important exploration of the  relationships between history, trauma and memory.  As one British soldier, Sergeant Mike Lewis, recounted, "I thought as time went by, that it would leave me, that I could forget.  But it never does leave you." Throughout the film, an active reflection on the relationship between pastness and presentness engages viewers in the ways memory works.

It takes representation seriously. This film, I think, could only have been made now.  It is not simply postmodern, I would argue that it is post-postmodern, in that it does not stop at "Everything is representation," but instead probes and ponders that very notion, including, I think, its limits.

It demands something from its viewers.  In this way, "Night Will Fall" is a very compelling, very insistent form of public history. The original Bernstein film insisted that humans must learn from watching the film --- the mountains of bodies, the seas of human hair, the skeletal camp inmates mourning their pasts even as they endeavored to get used to the prospect of their own survival.

The notion of witnessing presented here is not only about the Holocaust.  It is about injustice, about facing squarely the human capacity for cruelty. It demands that we ask ourselves difficult questions.  Is doing nothing in the face of injustice is tantamount to sanctioning injustice?  Are we then more complicit than ever before?  In this way, the film is as necessary now as it ever was, perhaps more so.

We live in an age of instantaneous access to the news of the world.  As Christina Patterson reflected in her wonderful piece in the Guardian, we  binge on others' suffering. "We have Ebola with our first glass of wine, ISIS with our pasta and Boko Haram with our cup of tea."  Echoing Susan Sonntag's masterful, "Regarding the Torture of Others," Patterson asks us to ask ourselves how we will respond to the human capacity for cruelty.  How does witnessing translate to acting? How does knowing translate to feeling responsible?  How do we stop night from falling?