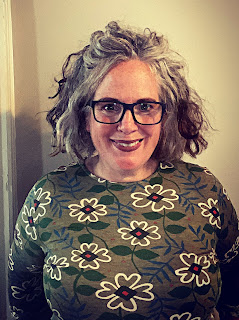 I am a public historian and a college professor.  As a scholar and researcher,  I explore the cultural, social and political contexts within which people experience, articulate, express and respond to the past in the present.

As a public historian, I take an active role in these very processes while sometimes guiding and offering critical perspective and scholarly insight into them.  I am interested in participatory memory work at every level, so I initiate projects, advise on them, teach students how to implement them and study them ethnographically.   The ways we reflect on, live through and transcend the past is my passion.


For more about my commitments to public history, please click here.  Teaching is central to my work in public history.  To see examples of some projects I have developed with my students at Salem State and Sewanee: University of the South, click here.

I found my way to academia after pursuing other things, most of which involved efforts to animate a vision for social justice in places that mattered very much to me, the cities of central Connecticut where I was raised and the hills of western Massachusetts that became my chosen home.  I ran a six-bed home for HIV symptomatic residents in my hometown, Meriden, CT.  I raised funds, conducted research and did marketing for a nonprofit community loan fund developed dedicated to community development, historic preservation and community reinvestment in New Haven, CT .  I spent many years developing and directing service-learning programs, all the while striving to push the movement for civic engagement towards deeper reflection, more critical analysis and more honest dialogue about both the structural inequalities in U.S. society and the ways that our strengths and talents as individuals, communities and constituencies could improve our individual lives and our common lot. 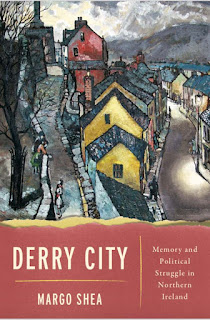 A long time interest in Northern Ireland drew me to Derry in 1998 in the wake of both the Good Friday agreement and the Omagh bombing.  As a visiting fellow for community engagement at Magee College of the University of Ulster, I got to know the people of the northwest and became increasingly interested in both memorial landscapes and in the power of the past -- experienced, interpreted and performed. And so began an ongoing relationship with Derry city that ultimately led to graduate study in history and to my doctoral dissertation and  a book on memory and identity in Catholic Derry from the turn of the 20th century onwards.  Derry's history of memory teaches us much about the ways in which  conflict shapes and is shaped by interpretations of the past, the ways that family, community and neighborhood sustain and are sustained by acts and expressions of memory and the ways the past lives and dies in the present as products of choice, context, circumstance and chance.

Enter promo code 14AWP22 in the shopping cart to redeem 40% off your purchase and free shipping in the domestic U.S. until April 8, 2022.

Why the flickering lamp? The name of my website comes from a quote by Winston Churchill: "History, with its flickering lamp, stumbles along the trail of the past, trying to reconstruct its scenes, to revive its echoes, and kindle with pale gleams the passion of former days." I love the image of the flickering lamp and I love the imagery of resolution despite inevitable clumsiness and incompleteness.  I like to think that our curiosity, our imagination and our commitments to deep, careful and generous exploration of the past can help us make better sense of the present and create a  more just future. Most people I know just use their name.com or whatever for their little piece of web real estate, but as many times as I've considered changing it, I kind of like it.


****The views expressed on this blog are mine alone and do not necessarily reflect the views of Salem State University.