Showing posts with the label James Meredith
Show all 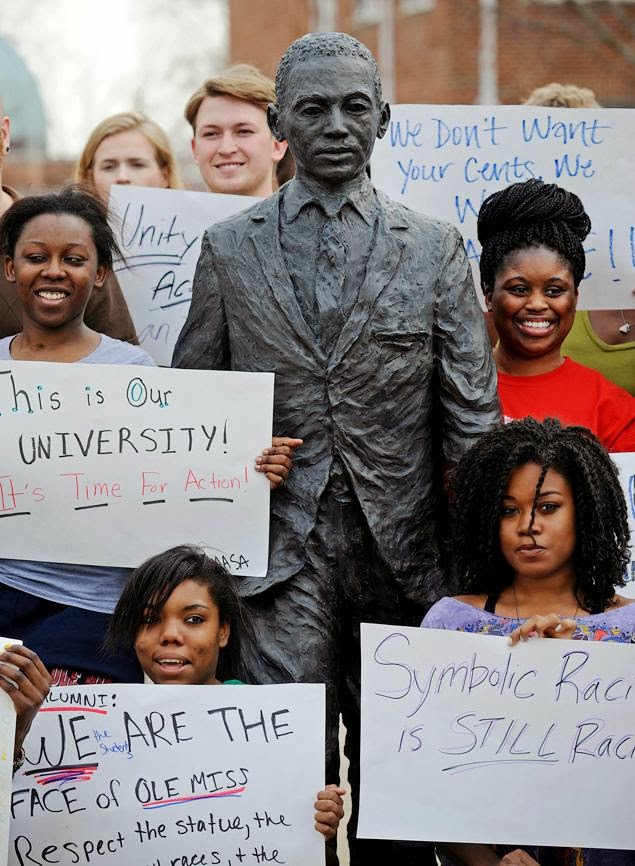 Imagine being the journalist assigned to call an eighty-one year old man to tell him that the statue of his image, erected close to the site where the governor of his state physically barred his access to college 52 years ago, had been draped in a vintage confederate Georgia state flag, had a noose wrapped around its neck -- in other words, had been symbolically lynched?  James Meredith received calls from journalists this week, after the memorial to integration at the University of Mississippi, Ole Miss, was vandalized on Sunday. Let's traumatize him again, shall we?   Meredith's response to the news of what was almost certainly a hate crime on the Oxford, Mississippi campus?  He told Shay Harris of WMCT that the crime confirmed what he already knew, " that Mississippi has a moral character breakdown." As an historian who thinks a lot about the legacies of painful histories, I was concerned that the media might track down Meredith for his reaction.  To me, the s
Post a Comment
Read more
More posts