Showing posts with the label social media
Show all 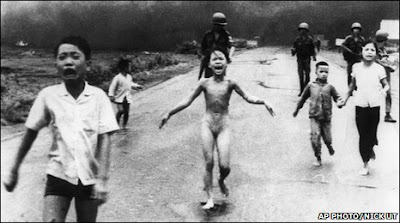 It is one of the most iconic photographs of the twentieth century.  I would argue that for many, it tells the story of the American war in Vietnam, or the Vietnam War, more eloquently than any other image.  The picture is often called simply, "the napalm girl." And Facebook decided to censor it.  Because the child depicted is not wearing any clothes. Because she was burned so badly that she was basically on fire.
Post a Comment
Read more
More posts