- June 10, 2014
It is a a painful, poignant time to be in Ireland, as the #800babies scandal breaks.  People speak of little else. Everyone has a strong opinion.  Hello, Pandora's box.

In a nutshell:   Local historian Catherine Corless engaged in a long, tedious process of determining how many babies and children died in the Tuam, Galway Mother and Baby Home between 1925 and 1961.  The project began in an attempt to erect a plaque for an unmarked gravesite on the grounds of the former home run by the Bon Secours order.  Looking to name the children, Corless expected to find a few. The county registrar came back with 796 death certificates.  The historian cross-referenced the list of dead children with many area cemeteries.  None of the names appeared, raising the question of where the bodies were buried.  Further investigation revealed that the gravesite was not the only burial ground at the home; in the 1970s, bones had been discovered onsite, the story silenced.

The media has barely been able to control itself, largely choosing as its angle a mashup of horror-film and Philomena, complete with unsuspecting boys lifting the lid off a septic tank and revealing the bones of dead babies and children dumped irreligiously and unceremoniously, evil nuns who did the deed, and the priest who told the boys to "say nothing" of what they'd seen.  The lid is off the septic tank indeed; painful, bitter memories merge with sensationalism.  Ferreting out the truth in the allegations of abuse, medical experiments and the financial benefits of the mother and baby homes proves challenging. (There is some good coverage and great commentary, of course.) 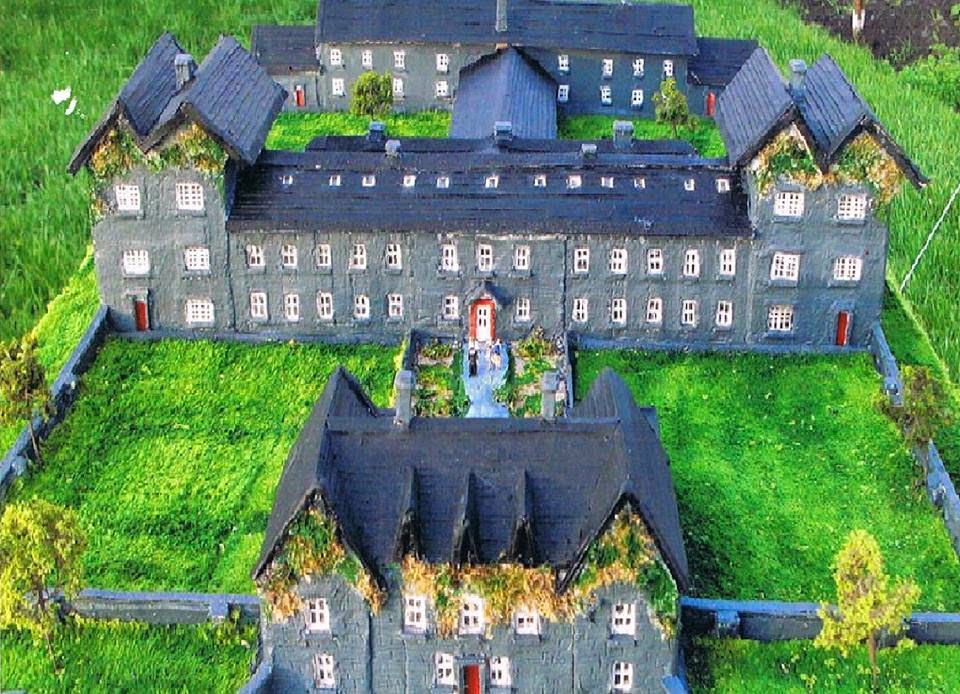 Like the Magdalene Laundries, mother and baby homes existed all over Ireland.  "Modern" descendants of draconian workhouses, they were scant refuge for unmarried women who got pregnant.  They would arrive before they began to show, or as soon as their family found out about their pregnancy.  If their family had money, they could buy delivery services and leave -- without their child. If they didn't -- and let's face it, essentially none did -- they usually had to work for one year to pay for their room and board and delivery of their baby.   Children of unmarried mothers were adopted out, or were fostered out and hired out as domestics or farm hands. Catherine Corless has written about women's experiences at the Tuam home here. 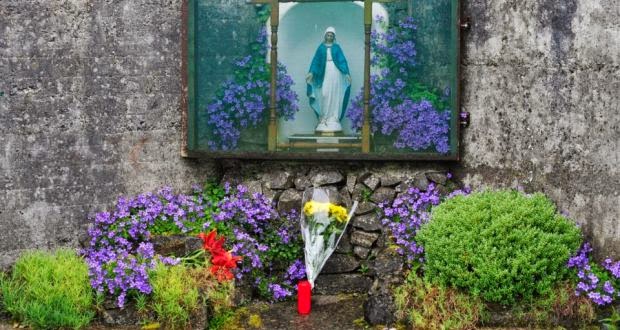 As the public, statutory bodies and the Dáil consider next steps in the formation of a formal inquiry, the people of Ireland are confronting the role of the Catholic Church historically in the systematic devaluing of those deemed not valuable to society for reasons that included poverty, infirmity and immorality. Or just being female. (Men were never vilified for their part in baby creation.  Even when rape and incest were involved, rarely was anything said.)

Much criticism has been laid at the feet of Father Fintan Monaghan, secretary of the Tuam archdiocese, who begged off any accountability saying:

“I suppose we can’t really judge the past from our point of view, from our lens. All we can do is mark it appropriately and make sure there is a suitable place here where people can come and remember the babies that died.”

"Let's draw a line under the past."   Not the first time.  But people are not interested in doing that, even as they acknowledge how painful the history unleashed by the Tuam Mother and Baby Home story is. But what is the outrage about?  Scratch the surface, and you'll find that no one is really surprised, at least not those belonging to the generation who remembers.

This is a complicated public discussion about a complex confluence of historic and current events.  There has been interesting discussion coming out of it about how Irish people deal with their histories, about the ways sentimentality impedes resolution and how the easy work of "putting a plaque on it" (to steal from Portlandia) just avoids and delays confrontations with the past that some say should and must take place.  It's about the Church of the past and the Church today. It is about a set of values and assumptions that shaped modern Ireland. And for those of us watching from abroad, it's important to remember that every society responds to shameful, painful histories, at least initially, by ignoring, avoiding, minimizing, deflecting.  This is not a uniquely Irish, or Catholic phenomenon and that should be a banner on every story about #800babies.

For me, something else is at work, and I think it is just as important as we consider and confront institutionalized misogyny.  The story just underscores one of the flaws and major weaknesses in my research about memory and identity in Catholic Derry before 1968.  One of my reviewers suggested I take gender into account more explicitly in my discussions of the construction and expression of memory.

Such good advice.  Advice I wish I had not needed to receive, of course, but good advice nonetheless.  It got me thinking -- how difficult that was, how quiet women's voices were in Derry during the time period I am covering -- a period that overlaps with the existence of the Tuam Mother and Baby Home, by coincidence.

Women in Derry, by some estimates, were the primary wage earner in about 60% of Catholic families.  They also often had large families, and a series of commitments that spanned generations in the family as well as the neighborhood and the church.  Some would say they had no time to remember the past.  They were too tired.

The #800babies scandal has made me think about Derry women's lives from another angle.  I hadn't adequately considered before how emotional burdens might have weighed heavily on them. Fear. Wariness.  Of the priest. The Church. Squinting windows. Men confronted by an emasculation that may have often been greased by drink. (In County Galway, girls returning home late for a dance would be told by their parents that they "were going to end up in Tuam.")

And in a story told to me by my friend, I also thought about how women's actions speak their memories in oblique, complex, yet unmistakable ways.  Irish women are subtle creatures in many ways.  As he told me about his aunt Kitty and her efforts to improve the lot of just one man who born in a home, I thought, "That's what women here do.  They try to fix it -- within their sphere of control."
Here is the story:

The children who survived these homes were sent out to work houses and hired out as agriculture labourers.  My aunt Kitty became friendly with one such individual named Martin Hart who was about 20 years older than her.  Martin was a little slow, but not mentally handicapped, and Kitty felt sorry for him.  She always said that when she got married that she would take him out of the workhouse. When she got married to her husband, she said that part of the deal was that they take Martin Hart into their home and to his credit they did.

Every time I went to visit Kitty as a child, a teenager, an adult Martin Hart was there as an honoured member of the household.  They used to drop him off at the local pub on Sunday evenings.  One time the actor Gabriel Byrne was drinking at the pub and stood Martin a round.  When he came home that night he was talking about this grand fella Gabriel who stood him his round.  He said that he was going to stand him a round the next week.  The next week, instead of just dropping Martin off at the pub, my uncle Tomsie accompanied him inside.  Sure enough, it was Gabriel Byrne and Martin stood him a pint.

My aunt Kitty could be a force of nature and sometimes that is what is needed to change societal norms.