A Tale of Two Margos 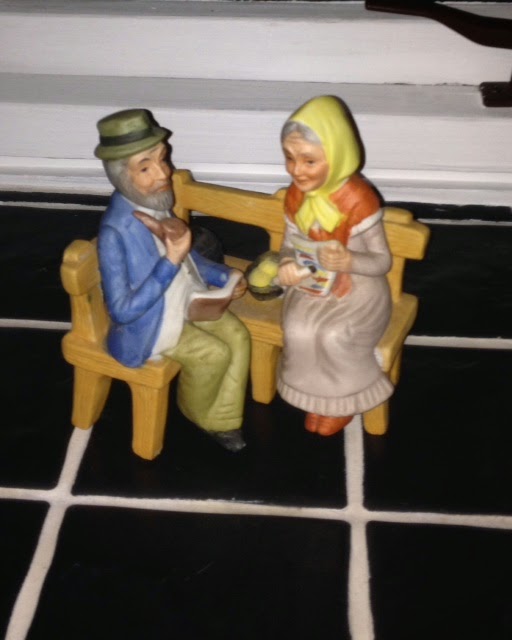 On Saturday, my friend Holly and I went for a jaunt out to west Donegal.  We took the road from Derry, out to the Grianán fort, then stopped in Letterkenny for a bite to eat and a rummage through a local flea market.

This gave me a chance to think about Irish kitsch, how it speaks to a different history of material culture and what I want from it.  I shocked myself by picking up a series of objects that I do not think belong in my home, but which I couldn't bear to leave in the crates and boxes of the market.  They were very inexpensive.  I felt like I was rescuing them, whether they come home with me or I find homes for them elsewhere. 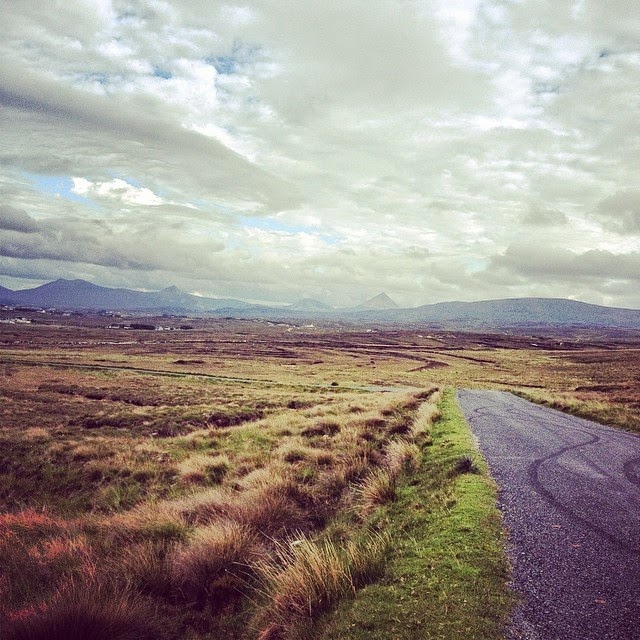 We got a little turned around in the Letterkenny suburbs, but eventually made our way from Kilmacrennan, to Glenveagh Natl. Park, through the Poisoned Glen and out to the Bloody Forelands and Gortahork via Gweedore.  (Or the Bloody Holiday Home Lands, depending on your cynicism.)

We drove the "Wild Atlantic Way" up to Falcarragh and Dunfanaghy, came down through Creeslough and back down to Letterkenny and Derry, which is just on the other side of Bridgend.
(I still can't help humming The Emigrant's Letter every time I am up in this country.  You can listen to it here.) It is cheesy.  I don't care.  I am not sure that you can understand the emigrant experience without occasionally inhabiting the emotional and sentimental cultural expressions that it birthed.  As much as there was opportunity, there was loss.

So, we covered a fair bit of ground.   Here's a map so you can see for yourself: 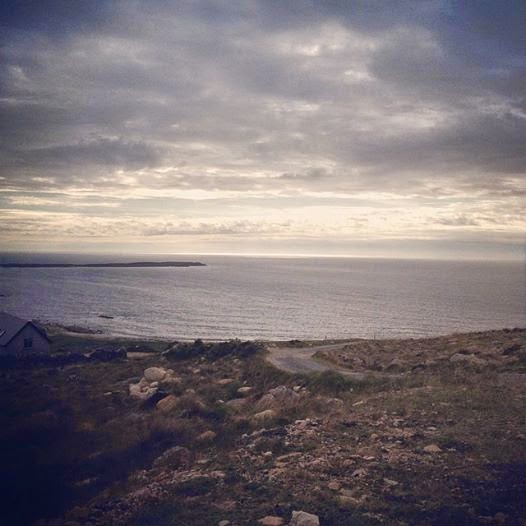 Ever since my first visit out to Gortahork, with the wonderful Irish historians Billy Kelly and Breandan Mac Suibhne in 1999, I have always tried to make at least one trip up there when I am in Derry.  In the heart of the Donegal Gaeltacht, it is a special place.  The quality of light, of air, of sky --- the softness that is insistent in spite of barren and desolate landscapes.....the history.  It is not my place, will never be my place.  Nevertheless, I see it as a pilgrimage of sorts.  A visit to the northwest without Gortahork and the Bloody Forelands  would feel incomplete.

One of the things I have always loved about west  Donegal is the cosmopolitanism of its people. You think I am kidding.  I am not.

If you take a look at the landscape, you will understand.  Many, perhaps even most, of those born there have to leave at some point to find work, to be educated, to find a spouse, to wait for someone to die so that they might inherit land.  At the same time, tourists of all shapes and sizes wander in at one point or another.  The world comes to Donegal.

So when you enter Teach Jack's, they are ready for visitors.  The place sells authenticity like nobody's business, though I have a sneaking suspicion that they have Guinness taps for locals and others for foreigners, where the good stuff goes to die.  (Because, sure, they wouldn't know any better.)

It's a chatty place. It is also a place where some heavy drinking goes on.  We found ourselves in conversation with some chatty heavy drinkers, one a local, the other his nephew.  Two Americans, we were novel enough to talk with.  But our familiarity with the area, with turns of phrase, with geographic reference points, even with local families, proved confusing and confounding.

And this led to conflict.

As I was chatting with the older gentleman about his dog Snowy, his years of work-related travel abroad, his family's land in Gortahork, his nephew came to the conclusion that I was in fact from Derry and was faking an American accent for sport.  He began to quiz me on Derry trivia, proclaimed I knew nothing about Derry, walked away.

He came back.  Since he knew I was called Margo, he decided I was Margo Harkin.  Harkin is an insightful, incisive, terribly talented and hardworking documentary filmmaker, famous in Ireland and the producer of some of the best expressions of life in the north of Ireland over the last 40 years.  She was born in Derry and she is probably about 20 years older than I am. 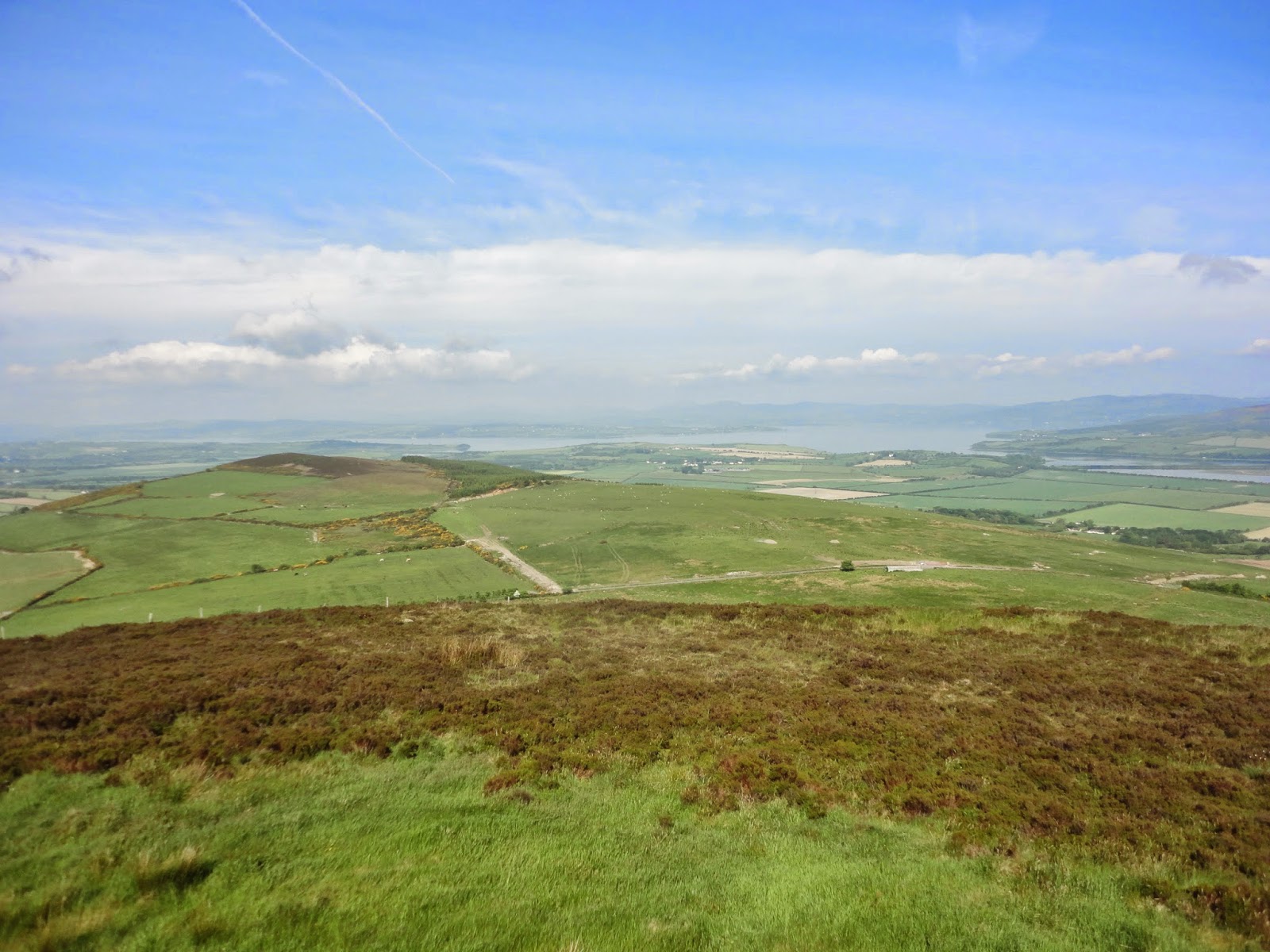 Your man was insistent.  He got alcohol-angry. He called me every name in the book.  (Well, all but one.  Even sodden with alcohol, he seemed to know where the line lay.)  People at other tables started to stare.  Holly and I began packing up.

And then, somehow the clouds cleared.  He realized that I was actually an American woman, that my accent was not fake, that the slight Derry inflections that slipped into speech as I talked to his uncle were just traces of time spent in this place.  He blessed himself.  He came as close to apologizing as he could without losing face.  And then the two men wandered down the road home.

Holly observed that it was if I had "bewitched" him, confused him by being too familiar to be a stranger, but too foreign to be placed, to belong.  Her thoughts echoed the wonderful  scholar, writer and UCD professor Angela Bourke, who has done work examining how occluded and taboo realities were historically expressed in Irish culture through the language and world of fairies, changelings and the like.  Where do the mysteries reside in a cultural framework that methodically insists on everyone and everything having its place?   How do we place the placeless?  How do we create new spaces for new placements?