The Art of Memory: Sean Tyrrell and the "Big Songs"

- April 03, 2014
Had the pleasure of seeing Galway songwriter, troubadour and vintage instrument aficionado Sean Tyrrell last night in Somerville.  I was charting a path down memory lane, having seen him at least once at his regular Sunday night gig at the Roisin Dubh in Galway and a couple times at Sandinos in Derry over the years. Strange to listen to music remembering your younger self listening to the same music, trying to place not just where you were, but who you were the last time you experienced it. 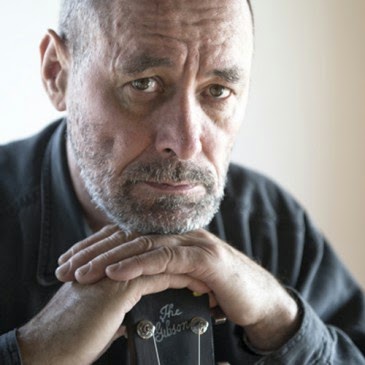 Sean, too, was on a path of memory. The Burren in Somerville was hosting a cd launch as part of its Backroom series for "Moonlight on Galway Bay: the songs our fathers sung."  The original name for the album was going to be The Big Songs, which I love.  It consists of the classics -- 20th century popular Irish singalong songs -- I'll Take You Home Again Kathleen, Danny Boy, Galway Bay, Star of County Down and of course, the classic Wild Mountain Thyme:

Tyrrell is not a young guy anymore.  He emigrated to New York in 1968 and lived and played in New England, northern California and spots in between for awhile before heading back home. So his relationship to the music he played last night, the music he recently recorded, has changed quite a bit over the years.

He introduced his set by referring to his younger self as "arrogant," someone who pretty much hated, considered himself above and definitely suffered through requests for and insistence on the Irishness of cheesey, twee old songs   --- the very songs that are on his current album.

He told a story about playing a festival many years ago.  An elderly woman came up to him and asked if he'd play "Galway Bay."  He brushed her aside, told her he didn't know it.  But as she walked away, not without difficulty, he made up his mind to give it a whirl.....because of course somewhere in his brain he knew the song; he'd been hearing it forever.  The lady had travelled far to come to hear music, he said.  He should play it for her, he thought.  I am sure it wasn't easy for him, though. In his defense the versions whirling around in his head were a little awful and probably sounded more like this than Sean's version.

I didn't know Tyrrell had a new album out when I got the tickets to the show -- I just knew I loved his voice, his creativity --- I think I might love his soul.  So it was pretty fascinating to watch him take back the classics of the Irish and Irish-American songbook, to own them as a part of his past and to make them his own through his arrangements.

He introduced most of the songs with a story about how it figured in his life or his relationship to the world of Irish music.  This one was a "party piece" of Dick Flynn, who used to let him borrow a Camaro from his car dealership in Lawrence every time he came to Boston to play. He apologized for cringing every time Flynn sang it (I'll Take You Home Again, Kathleen.) That one was played at every family gathering he could remember.  Another took him back to his days as a young student teacher in Belfast.  The songs punctuated his life.

Why now, I asked myself as we drove along quiet streets back towards home after the gig?  It hit me, of course, that these songs, so ubiquitous in Sean's lifetime, are no longer so.  The fathers who sang them are gone.  Even last night, in the heart of Irish America, it was mostly the white-hairs (and Matthew and me) who knew all the words.

Maybe there is nothing to react to anymore. Cringe-worthy, nostalgic, essentialized Ireland doesn't exist anymore in Ireland itself -- except for during the high season for tourists, perhaps.   It hasn't for a long time, but the weird thing is that the idea of it that had any basis in experience in North America is dying as well.  The shamrocks and St. Paddy's day binges used to be part of a larger idea of Irishness in communities like Boston; now they are pretty much the whole story.   When my Aunt Betty would sing Danny Boy forty years ago, it was a kind of facsimile of Irishness.  But I look back from where I sit now to the gatherings, the stories, the laughter, the normality of big family with big personalities,  it looks pretty authentic to me. And I hate to say it, but nobody would talk over her performance, as they do now:

It was a wonderful show, the perfect antidote to the end-of-semester everything.  But, more than that, it was also instructive for me to think about Ireland and memory according to the themes that matter to me, that make sense to me -- but in a new context, through the voice of a musician who himself has become part of my own history and memory of Ireland.