- April 22, 2014
I am generally blithely unaware of how much time I spend smack dab in the middle of my comfort zone.  People I know.  Places I know.  Experiences I know.

I tiptoe to the edges of it from time to time.  Get lost on purpose.  Walk into a room filled with strangers.  Teach unfamiliar material.  Add a new tool to my digital toolkit.  Ask a new question.  Sit with a new answer. Stretch. I even occasionally wear yellow.

Most of the time, I am comfortable. Even, dare I say it, staid.

But I study and write about Derry, Northern Ireland, a place far from home.  Its culture has been shaped by a history I have come to understand something of -- it often feels just enough to illuminate all that I do not and cannot claim to know.  Derry is simultaneously deeply familiar and quite literally foreign.

People say, "But, you're an historian of Derry.  You've spent years there. You love it. Plus, you are Irish-American and Ireland is really just the 51st state, perched off the Maine coast. You have a Ph.D. based on Derry's history. Surely you are comfortable there."

These things are true (well, ok, not the 51st state business.) Especially the love part.  I love it in a way I don't think a native can --- they know it too well and can afford to take it for granted.  Even after all that, as I plan a month-long trip to tie up loose research ends for the manuscript I am preparing for publication, the prospect  of returning after many years away is disconcerting, uncomfortable, even scary.   Since I was there last, Northern Ireland has evolved, transformed.  Derry has changed.  The people I know have changed, or moved, or passed away.  And of course I've changed too. 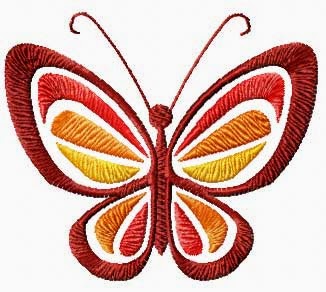 This is not my first rodeo.  I've been returning to Derry for over a decade, returning to Northern Ireland for 15 years.  Ten years ago, for example,  I was taken by the obsession with appletinis.  You'd think it would get easier, but I consistently find myself experiencing equal parts anticipation and anxiety.

I have been thinking about this, trying to befriend my discomfort. Naming all the butterflies in my stomach.

I try to avoid solipsistic navel-gazing.  So, what's the point about thinking about worrying, about fretting over fretting?  It could be that I've caught the reflexivity bug from my anthropologist friends, who are more sensitive to and more aware of the ways their presence creates ripples and waves in the lives of people they encounter and get to know while conducting research.  Perhaps it is the cost of doing business in the north, where one often encounters gracious guardedness, a natural response to a world of interlopers and 'others.'

It is not simply that I have tried to say something thoughtful and meaningful about Derry's history, though I suspect the anxiety has a lot to do with that. I'll never forget Glen Barr saying if he had 10p for every Ph.D. who came over to Derry during the Troubles, trying to get inside people's heads and then f---ing off to write a book about it, he'd have been a very very rich man. I am always asking what the point of my work is, testing whether it is helpful or illuminative, guarding against the tendency to exploit painful histories without fully considering the purpose or consequences.  Not presuming to know, but seeking to understand. Insisting that Derry matters, and not simply for the reasons it has traditionally made the headlines. 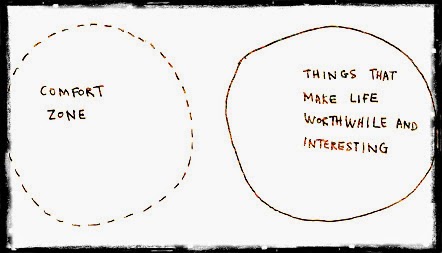 Let's face it.  This has a lot to do with being uncomfortable.  Not knowing.  Asking for things.  Seeking information. Seeking information people rightfully see no good reason to provide.  Accepting that I am  not in the center of the frame. Relearning cultural norms -- usually by transgressing them.  Being different.  Not just different --  worse, American!  Being socially awkward, getting excited to see people I've missed but with whom I haven't been in close contact.  Facing the changes in myself and Derry.

I'm heading out of my comfort zone in a few weeks.  It is going to be fabulous.  And I am nervous. Wish me luck.