The Art of Memory: Szymborska

- March 13, 2014
I became acquainted with  the art of memory by listening to my parents and grandparents, by following along the imaginative avenues of memories of Lake Woebegone on Prairie Home Companion, by asking strangers to tell me their stories.  But I really fell in love with memory, a love that endures, through the literary arts --- poetry, fiction, memoir, plays.

Occassionally,  I introduce you to some of my favorite writers and poets and spotlight their memories or reflections on memory. I'll share a few thoughts on why I find each piece meaningful, provocative or striking.  I am not a literary scholar and I can't tell you about influences and patterns and the like.  Maybe I'll tell you how I came across a writer or poet. I hope I introduce you to a few wordsmiths or let you connect with those you may not know well.  And in the meantime, I hope that I reconnect with some of the things that inspired me to explore the art of memory.

We start with my favorite 20th century poet, Wisława Szymborska.  There aren't a lot of famous people I wish I'd smoked cigarettes and drank scotch with, but she is one:

She was a spectacular writer and thinker.  And so damn funny. In her Nobel lecture, The Poet and the World, for instance, she tries to explain why nobody ever really makes movies about poets:

Poets are the worst. Their work is hopelessly unphotogenic. Someone sits at a table or lies on a sofa while staring motionless at a wall or ceiling. Once in a while this person writes down seven lines only to cross out one of them fifteen minutes later, and then another hour passes, during which nothing happens ... Who could stand to watch this kind of thing?

Szymborska has written many astounding poems and essays on memory, but here is one I return to over and over again:


I’m a poor audience for my memory.
She wants me to attend her voice nonstop,
but I fidget, fuss,
listen and don’t,
step out, come back, then leave again.
She wants all my time and attention.
She’s got no problem when I sleep.
The day’s a different matter, which upsets her.
She thrusts old letters, snapshots at me eagerly,
stirs up events both important and un-,
turns my eyes to overlooked views,
peoples them with my dead.
In her stories I’m always younger.
Which is nice, but why always the same story.
Every mirror holds different news for me.
She gets angry when I shrug my shoulders.
And takes revenge by hauling out old errors,
weighty, but easily forgotten.
Looks into my eyes, checks my reaction.
Then comforts me, it could be worse.
She wants me to live only for her and with her.
Ideally in a dark, locked room,
but my plans still feature today’s sun,
clouds in progress, ongoing roads.
At times I get fed up with her.
I suggest a separation. From now to eternity.
Then she smiles at me with pity,
since she knows it would be the end of me too.

[Source: The New York Review of Books; translated from Polish by Clare Cavanagh and Stanislaw Baranczak]

This poem does such a lovely job illuminating the negotiations we undertake with our perceptions of our pasts.  It captures with so light a touch the tensions we can all feel between the here & now vs the there & then.  We cultivate memories of ourselves that remind us who we were, who we liked being; sometimes that is a comfort and other times, a trap that holds us back from living as we are now: 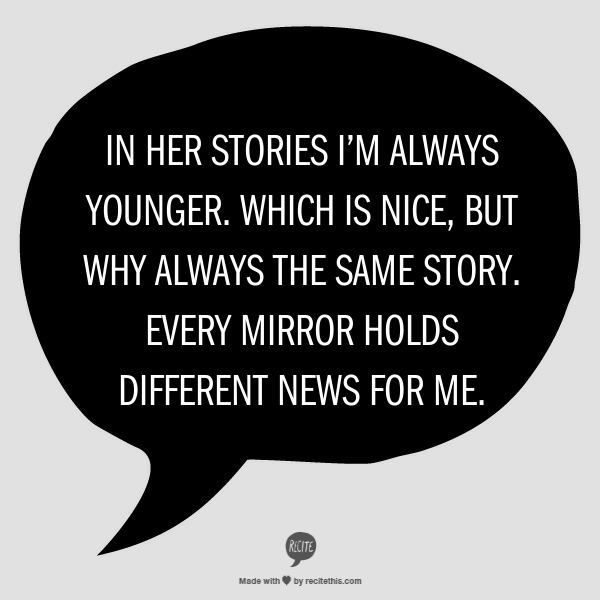 Such beautiful and simple imagery that inches us toward the elusive pull of memory that also threatens to prevent us from the wholeness of presence.  This is what makes the poem so helpful as a way of thinking about memory.  The poet is involved in a complicated dance with her own memories and with her own relationship with them -- so -- in a dance with her identity as she has constructed it.   The ways they are compelling, comforting, unnerving are always changing, as she changes.  The honesty here is discomfiting and oddly searing -- the push and pull of memory as it informs and complicates our lives to the extent that we engage it -- the struggle to engage productively as opposed to becoming consumed by our own pasts: 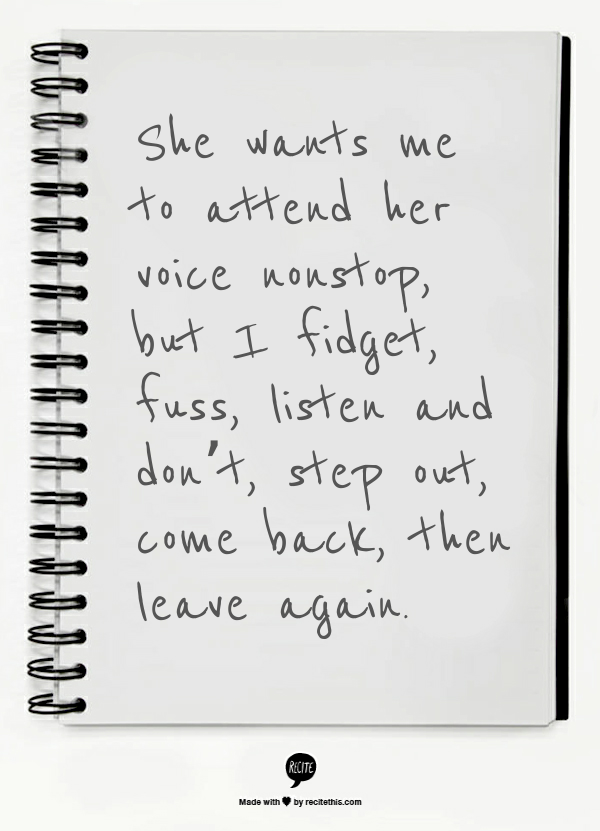 The last stanza, is of course, just a little bit heartbreaking.  Maybe that is the case for me, since I miss Szymborska, just like I miss Heaney.  I miss just knowing that their voices are out there.  I can't escape the feeling that something important and lustrous has gone from the world with their passing.   But I also think of what it means when we lose our capacity to remember, whether because our brains give out on us or our consciences do.  When Szymborska writes that the end of memory would be the end of her, she says something so profound: more than remembering what we are, we are what we remember.
art of memory memory poetry Wisława Szymborska